When I left the house one morning this week, there was a snail on my front sidewalk, its shell glistening in the post-shower sunlight. I wondered where in the world he’d found that shell out here in the fields and forests of western Pennsylvania. A few answers crossed my mind, but I was in a hurry — an appointment notification was flashing on my phone, and I didn’t have time to contemplate Mr. Snail. ​But I couldn’t get the creature out of my mind. I pondered where it was headed, and how long it had been on its journey, and whether it would have covered much ground by the time I got home hours later.

I don’t know how far it had gotten, because during the hours I was away, heavy rains had swept through the area. The snail was nowhere to be seen.

I wondered if he started over this morning, but there was no sign of him. Did he stick it out? Was he successful in his slow and steady pursuit of his goal? Did he overcome the obstacles for the sake of the prize?

Okay, maybe that’s going too far. It’s fun to anthropomorphize animals, but it’s important to remember the biblical standard: It’s not usual in theological discussions to attribute human attributes to animals. We know that animals do not sin because they do not possess independent moral agency. But we can reflect on how creatures are made to do things in the course of God’s providential governance of his creation. 19th-century preacher Charles Spurgeon, in a sermon on Matthew 10:22 (“the one who endures to the end will be saved”), said, “By perseverance, the snail reached the ark.”

In Genesis 6, when God instructs Noah to take “two of every sort” of animal into the ark, we aren’t given a clue as to how that happened. It could have been a miraculous transfer of the creature from one place to Noah’s side, but that’s not what the Bible says, and we aren’t free to embellish for the sake of imagination. Maybe it was the snail down by Noah’s feet, and it made it easy for him to scoop him up, along with a mate. Did the snail want to go? That goes back to will and agency. For all we know, there was a portion of persuasion that God provided to the snail.

It’s a good picture that gives us quite a bit to think about in the context of Scriptural teaching about salvation.

Unlike the snail, which is neutral, we have every reason NOT to have been chosen for the destination of refuge and rescue. Not merely neutral, or even unwilling, we are haters of God and every thought of him, wed to this world and indulgent of every pleasure that elevates self and distances us from our Creator. What then is our response to this gracious, ark-building and refuge-providing God? How do we comport this newly bestowed nature (“If anyone is in Christ, he is a new creation.” ​2 Corinthians 5:17) that lets us now love our Savior and God?

The snail obeys and perseveres because it is made to do so. We do what we are now, as a new creation, able to do. The bear is made to hibernate in the winter. The sheepdog is made to herd sheep. The bird is made to fly and the fish is made to swim. We are made to glorify God. And his merciful conversion of our hearts away from sin and in love toward him makes it possible.

He preserves us that we might persevere to the end. May we do so, indeed, though slow, yet steady, because he completes what he begins.

For we have come to share in Christ, if indeed we hold our original confidence firm to the end. (​Hebrews 3:14)

Photo by amirali mirhashemian on Unsplash 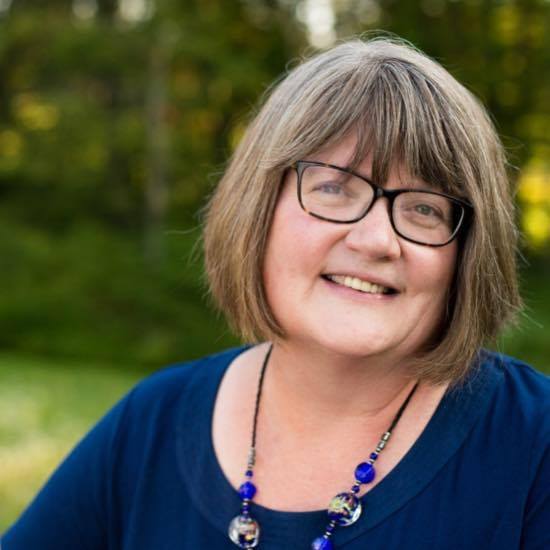